Peptide Misconceptions – Peptides have different therapeutic uses and most of the information has been reinterpreted unfairly by people who don’t pay importance to their full potential.

Legal regulations are prohibit access on information about peptides by their name and mechanism of action in Australia without pre-qualifying the patient first. Due to this, information is hidden away behind a safe and secured login, which is away from prying eyes.

Peptides are not illegal and actually legal in Australia with a legitimate script from a doctor. They are also considered legal if purchased for research use.

Peptides are not steroids. These are small proteins and frequently get confused with steroids. This is because of the number of peptides off anabolic results. Peptides became popular in the world of bodybuilding industry because of their anabolic effects. Majority of proteins in the body are utilized to be building blocks for some circulating cells while some will be used as energy.

Peptides or small proteins are communicators and serve almost identical to hormones. The peptide hormones are like some hormones. They can travel throughout one’s blood stream with flexibility to visit all the parts of the body. It is also said that the associated risks in the peptide therapies is less than that of the steroid hormones.

Peptides are essential elements of one’s body and once administered properly, their effects are extraordinary. The utilization of peptides is associated with the number of benefits such recuperation, strengthening the immune system of the body, improved metabolism, improved sleep, and cell growth.

Peptide Misconception #3: Peptides Are Said to be Performance Enhancing

There are several peptides that are performance enhancing, but majority of peptides are actually hormone correcting. They merely communicate within the body to help it function naturally at its optimal capacity not as an age deficit. Resolving the hormonal imbalances enhances the quality of life for people who are experiencing ageing. Aged team players and athletes go head competing with the athletes sometimes fifteen years younger. Certainly, the years of skills and training acquired over the years playing provide the aged athlete an advantage, but once matched up against a much younger constitution, physical capabilities and vulnerabilities are influenced by what the hormones are instructing to the body.

Peptide Misconception #4: Peptides Are Only for Bodybuilders

Peptides can be used by anyone who wants to correct their hormonal messages. Peptides became famous in bodybuilding for the fact that bodybuilders know a good deal regarding their bodies and how to maximize their performance. Typically, bodybuilders know that everything they consume can have a positive or negative impact in their bodies. Peptides aren’t just for bodybuilders. They have a lot purposes and may benefit many people.

Understanding more about peptides will not just thoughts about them, but also you will learn how beneficial they and how they work. 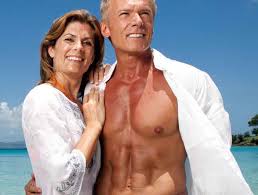